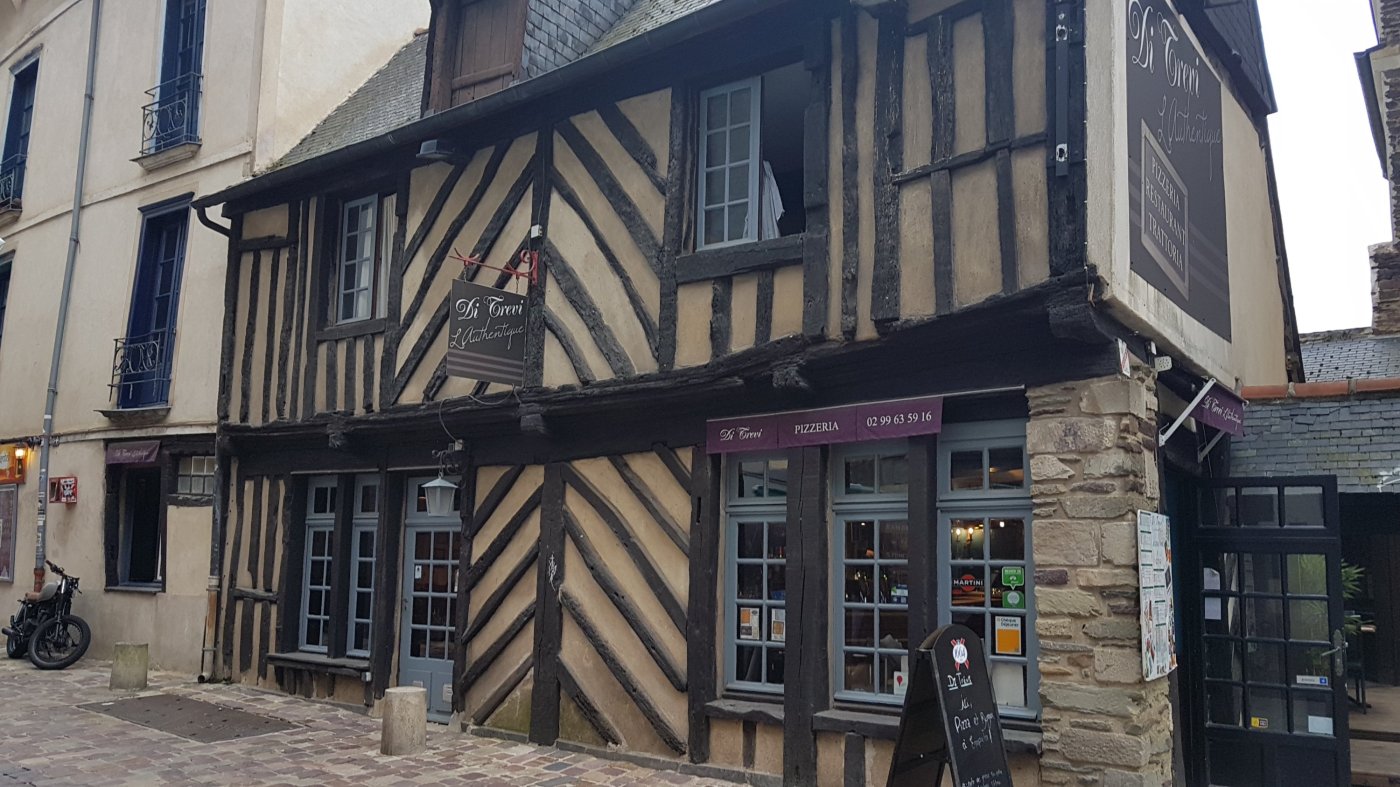 So it’s time to catch up on some posting. When I left Iceland and arrived in France the process was very easy. Basically as I had nothing to declare, it was pick up my bag and walk out the door. Quickly getting a cab I made my way to the train station to catch the train to Rennes. It worked out that I could have caught the train in time to make the connection to Pontorson, but I had already ditched that plan and was spending the night in Rennes.

I wandered Rennes for a while after checking into to my somewhat interesting accommodation, they are undergoing renovations and it is needed. It was comfortable for the night but not sure if I’d stay longer. It was a great location right across from the train station, which would be a good thing except it is undergoing a major reconstruction and expansion …. Lovely jack hammering.

Rennes is an interesting old town with crooked buildings and very neat architecture in the old parts. However there is also a significant amount of graffiti not street art but graffiti.

After wandering and taking many photos, I decided to get a crepe for dinner at the restaurant near the hotel. It was okay had 3 cheeses and baccon, but it had potatoes in it. I likely should have made a better choice there were other great choices on the menu. I’ve found that many of the menus in the restaurants are at least bilingual which helps. I can figure out what I’m eating and then attempt  order in French.

Rennes was just a stop over for the night as I headed to Pontorson the next morning in order to visit Mount St. Michel., 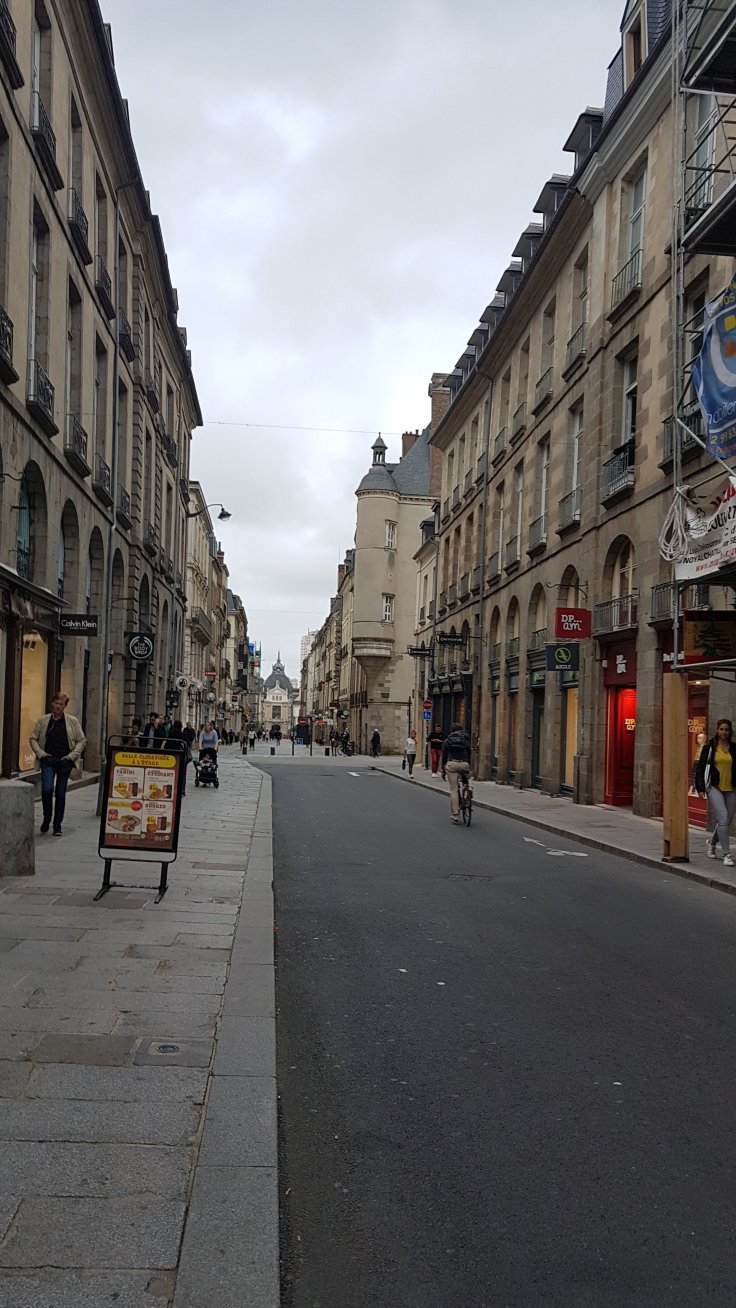 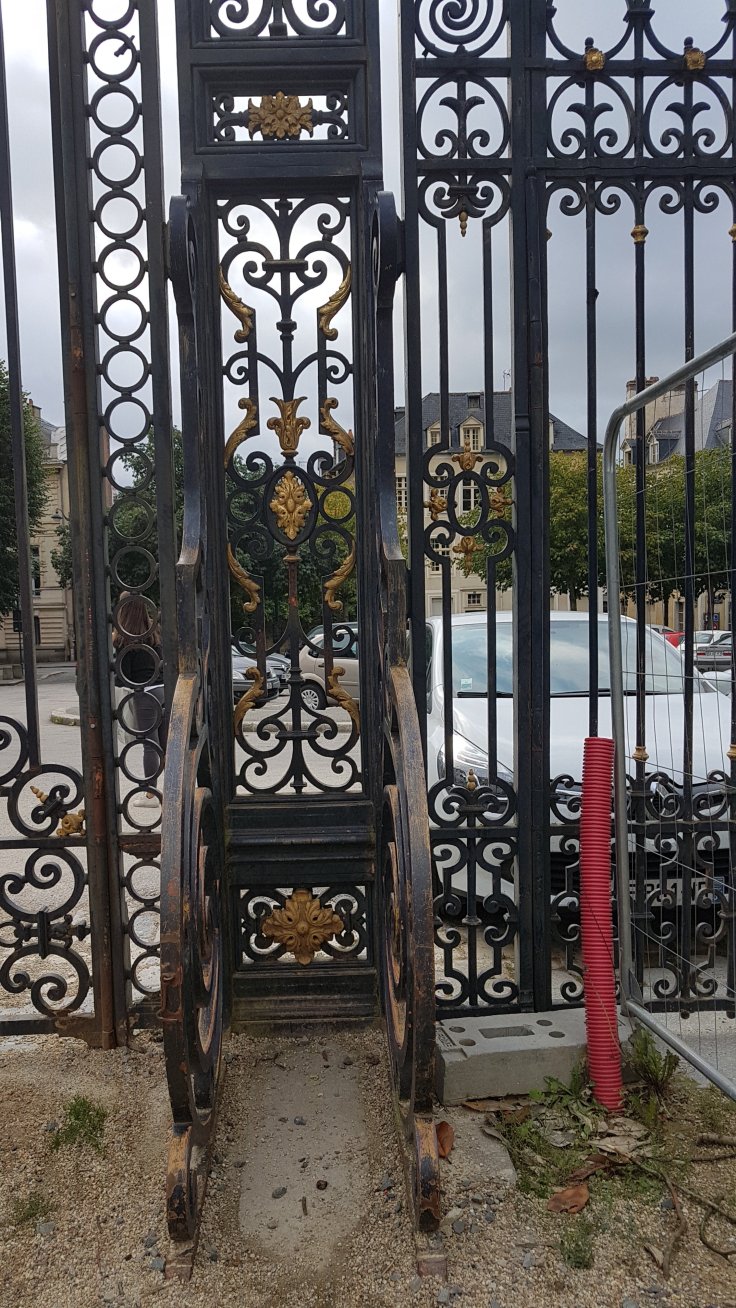